Barcelona will host Inter at Camp Nou in the second Champions League Group F game on Wednesday, with both sides eager to secure their first win in the competition.The Liga champions were held to a 0-0 stalemate at Borussia Dortmund while Inter settled for a 1-1 draw with Slavia Prague.The Champions League game comes at a crucial time for Ernesto Valverde amid Barcelona’s tough start to the domestic season, sitting in fourth place in La Liga, two points adrift of leaders Real Madrid. Article continues below Editors’ Picks Ox-rated! Dream night in Genk for Liverpool ace after injury nightmare Messi a man for all Champions League seasons – but will this really be Barcelona’s? Are Chelsea this season’s Ajax? Super-subs Batshuayi & Pulisic show Blues can dare to dream Time for another transfer? Giroud’s Chelsea spell set to end like his Arsenal career Inter, though, have maintained a perfect start to their Serie A campaign under Antonio Conte, winning six out of six matches. Game Barcelona vs Inter Date Wednesday, October 2 Time 8pm BST / 3pm ET Stream (US) fubo TV (7-day free trial) TV Channel, Live Stream & How To Watch In the United States (US), the game can be watched live and on-demand with fuboTV (7-day free trial). New users can sign up for a free seven-day trial of the live sports streaming service, which can be accessed via iOS, Android, Chromecast, Amazon Fire TV, Roku and Apple TV as well as on a web browser. US TV channel Online stream TNT USA / UniMas fubo TV (7-day free trial) In the UK, the match will be shown on BT Sport ESPN and can be streamed via BT Sport Live. UK TV channel Online stream BT Sport ESPN BT Sport Live Squads & Team News Position Barcelona squad Goalkeepers Ter Stegen, Neto Defenders Pique, Lenglet, Semedo, Wague, Firpo, Todibo Midfielders Rakitic, Busquets, Arthur, Roberto, De Jong, Vidal, Alena, Dembele Forwards Griezmann, Perez, Messi, Suarez Both Lionel Messi and Ousmane Dembele returned to training with the squad on Tuesday, and Messi has returned to the lineup with Dembele on the bench. Ansu Fati, Junior Firpo, Samuel Umtiti and Jordi Alba will miss the match against the Italian side.Barcelona starting XI: Ter Stegen; Semedo, Pique, Lenglet, Roberto; Busquets, De Jong, Arthur; Griezmann, Suarez, Messi Position Inter squad Goalkeepers Handanovic, Padelli Defenders Godin, De Vrij, Ranocchia, Asamoah, Dimarco, D’Ambrosio, Biraghi, Skriniar, Bastoni Midfielders Gagliardini, Vecino, Sensi, Lazaro, Valero, Barella, Brozovic, Candreva Forwards Sanchez, Martinez, Politano, Esposito Conte confirmed that Romelu Lukaku will not play a part in the game due to an ongoing muscle injury and did not travel with the team to Spain.Alexis Sanchez gets the nod to lead the line in Lukaku’s absence, after he scored against Sampdoria in Serie A. He was sent off in the game, but his suspension will not affect his European participation.Inter starting XI: Handanovic; De Vrij, Godin, Skriniar; Candreva, Barella, Brozovic, Sensi, Asamoah; Martinez, SanchezBetting & Match Odds Barcelona are priced to win at  3/10 bet365. A draw is available at 16/5 while an Inter victory is priced at  9/2.Click here to see all of bet365’s offers for the game, including goalscoring markets, correct score predictions and more.Match Preview Group F is regarded as this year’s UCL Group of Death, with Barcelona, Inter, Slavia Prague and Borussia Dortmund all providing fierce competition.With all four teams sitting on one point each, Group F is still wide open and everything will be left to play for when Barcelona and Inter meet. Both will be eager to register a win as whoever claims victory will top the group for the time being, and though Conte’s side have impressed domestically, taking points off of Barcelona at Camp Nou will prove to be an exceedingly difficult task.Barcelona have won 29 of their last 32 home UCL games, and you would have to go back to May 2013 for their last defeat at Camp Nou.As is the case in European football, however – and especially the Champions League – surprises are always in store.Valverde still remains under great pressure in his managerial post, despite Barcelona claiming victory in their last two matches. They are already playing catch-up in La Liga after seven games, trailing behind rivals Real Madrid and Atletico Madrid. 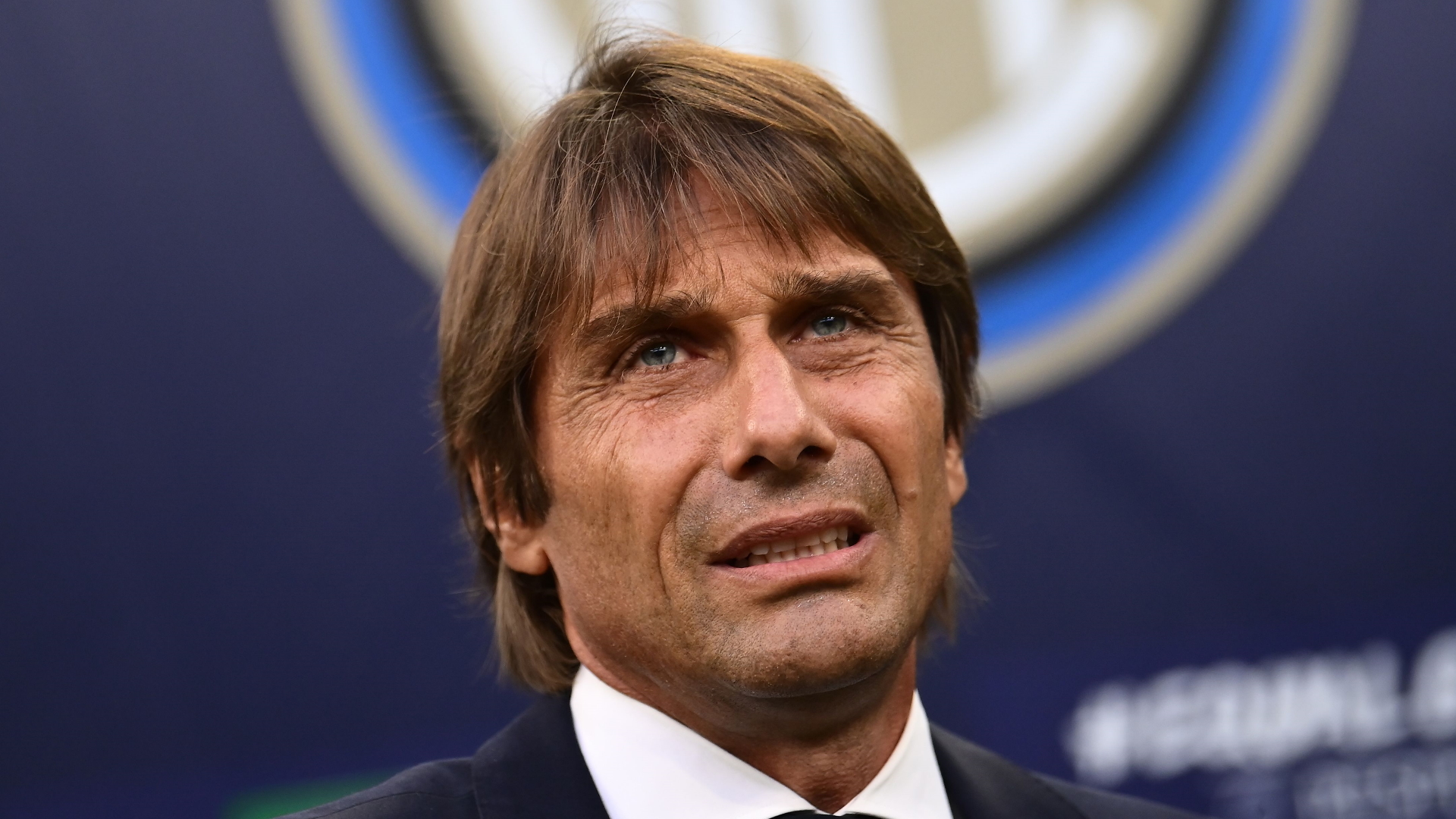 A win over Inter and a draw between Dortmund and Slavia Prague in the other Group F game would send the Catalans to the top of their group.The Spanish side, however, will potentially have to deal with the absences of Messi and Dembele, while Antoine Griezmann will be expected to step up to the plate. The French international still has yet to make a tangible impact on the side since his arrival from Atletico Madrid in the summer.Messi has struggled to gain full fitness since the start of the Liga season, suffering a calf strain in August that kept him out for a month, before enduring a hamstring issue against Villarreal in September.The Argentine star played a part in training, though Valverde still remained on the fence about whether or not he would play a part on Wednesday.”We will see if he (Messi) receives it (the all-clear to play),” Valverde told reporters on Tuesday.”First we have training. What I reiterate is that we will not run any risk and we have to wait for training. “On Monday Dembele did the first part of the training, so now we see if he can do more on Tuesday.”Leo did half the training on Monday, we’ll see if he can finish [Tuesday’s session]. I don’t know if we can count on them in the end.”Conte, on the other hand, will rue the absence of Lukaku, who has enjoyed a bright start to the Serie A season, scoring three goals in his first six domestic appearances to catapult Inter to the top of Italy’s top flight. “Lukaku isn’t here, he had a slight muscular issue in the quadricep that he has been carrying for 10 days,” Conte said.“He was continuing to feel the problem and the tests were negative, but we preferred in any case not to risk him. We have to rely on how the player feels in these cases.”

AddThis Sharing ButtonsShare to TwitterTwitterShare to FacebookFacebookShare to RedditRedditShare to 電子郵件Email TORONTO – Stock markets surged Friday on further indications that a long-awaited fix to the eurozone debt crisis could be at hand.The S&P/TSX composite index gained 126.61 points to 11,766.36 and the TSX Venture Exchange climbed 9.22 points to 1,190.64 after German Chancellor Angela Merkel and French President Francois Hollande released a joint statement saying they will do anything they can to stop the 17 countries that use the euro from breaking up. They didnâ€™t offer details.Markets have rallied strongly since the European Central Bank president pledged Thursday to do whatever it takes to save the euro currency union.Mario Draghi suggested that the central bank could intervene in markets to lower the borrowing rates of financially weak countries like Spain.“At the end of the day, the only institution that is critical to resolving the issue is the European Central Bank,” said Patrick Blais, managing director and portfolio manager at MFC Global Investment Management.“Theyâ€™re the only institution with the capacity and the ability to at the end of the day to monetize part of the debt.”The Canadian dollar rose 0.51 of a cent to 99.56 cents US amid rising prices for oil and metals.New York markets were also sharply higher despite data showing economic growth slowed during the second quarter to its lowest pace in a year. Gross domestic product rose 1.5 per cent, which was roughly in line with expectations. That’s down from a revised two per cent gain in the first quarter. But the data raised expectations that the U.S. Federal Reserve will indicate next week that another round of economic stimulus is in the works.The Dow Jones industrials surged 187.73 points to 13,075.66.The Nasdaq composite index was ahead 64.84 points to 2,958.09 and the S&P 500 index climbed 25.95 points to 1,385.97.Stocks have been depressed in recent weeks as the focus of the European government debt crisis moved to Spain. Traders skeptical over the government’s ability to manage high debt levels have driven up bond yields past the seven per cent level, which is considered unsustainable in the long run.Draghi suggested that the ECB considers it part of its job to keep government borrowing rates at normal levels. It could do so by buying government bonds, which has the effect of lowering their yield, or interest rate.Hopes for central bank assistance in Europe and the U.S. helped push the TSX up 1.23 per cent this week.Commodity prices advanced with September copper ahead three cents to US$3.43 a pound. The base metals sector led gains, up 2.5 per cent. First Quantum Minerals (TSX:FM) improved by 53 cents to $18.60.The September crude contract on the New York Mercantile Exchange ahead 74 cents to US$90.13 a barrel, helping take the energy sector up 1.84 per cent. Imperial Oil (TSX:IMO) moved ahead 87 cents to $43.64.The financial sector rose 1.53 per cent with Sun Life Financial (TSX:SLF) ahead 53 cents to $21.40.Shares in insurance and investment giant Fairfax Financial Holdings Ltd. (TSX:FFH) shed $2.01 to $377.99 after it said quarterly profit rose 14 per cent, largely due to improved underwriting results and a jump in revenues from premiums written by its insurance and reinsurance businesses.Techs also lent support with shares in electronics manufacturer Celestica Inc. (TSX:CKS) ahead 53 cents or 7.17 per cent to $7.92 after it said quarterly net income fell 48 per cent as it prepares for the end of its relationship with Research In Motion Ltd., for which it had assembled BlackBerry phones. Revenue for the three months dropped five per cent to $1.74 billion, above expectations for $1.69 billion.The gold sector turned positive while August gold gained $2.90 to US$1,618 an ounce. Barrick Gold (TSX:ABX) continued to lose ground after issuing a disappointing earnings report Thursday, down 55 cents to $32.49.Eldorado Gold (TSX:ELD) gained 58 cents to $11.10 after it reported quarterly net income of $46.6 million or seven cents share. That is down 38 per cent from a year ago. Revenues from gold sales for the quarter came in at $214.2 million, down 13 per cent from a year earlier. Eldorado also revised its 2012 production guidance downward.Elsewhere on the earnings front, Facebook shares plunged 11.7 per cent to US$23.70 after the social networking site reported stronger-than-expected revenue and a gain in user numbers Thursday. But investors weren’t impressed with the fact that growth has slowed. Also, Facebook didnâ€™t offer an outlook for the rest of the year.Starbucks dropped 9.4 per cent to US$47.47 after the coffee retailer reported Thursday that net income in its fiscal third quarter rose 19 per cent from a year ago. But analysts expected more, and were further disappointed when the company cut its outlook for the current quarter because of a recent slowdown in U.S. customer traffic and persisting challenges in hard-hit European regions.In Canada, TransCanada Corp. (TSX:TRP) posted second-quarter net income attributable to common shares of $272 million or 39 cents per share, down from $353 million or 50 cents per common shares in the same period last year. Revenue came in at $1.8 billion compared to $1.79 billion year over year.TransCanada also said it has won final approval on three permits needed to build an oil pipeline to refineries on the Texas coast. Its shares edged five cents higher to $44.85. by News Staff Posted Jul 27, 2012 4:38 pm MDT TSX advances amid ECB vow to protect euro currency, slowing U.S. economy read more